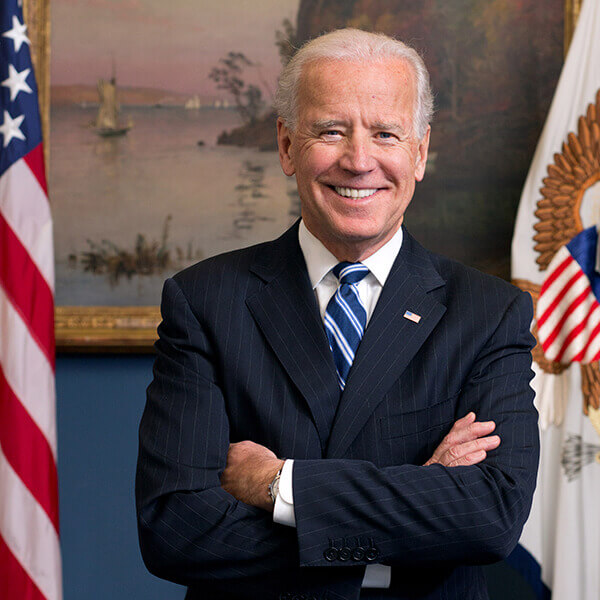 Joe Biden is the former Vice President of the United States and is determined to rebuild the American middle.

Biden is one of the most recognizable candidates in the current presidential race. He represented the state of Delaware in the U.S. Senate, where he served from 1973 to 2009 and chaired the senate foreign relations committee for almost three decades as well as the senate judiciary committee for eight years.

Biden states that across the country, too many families are being “left behind,” and he intends to remedy that.  Joe believes that in America, no matter where you start in life, there should be no limit to what you can achieve regardless of gender, race, sexual orientation, disabilities, or religion. He aims to-

Joe Biden wants to save the American middle class for the economic plan. He believes that considering the middle class’s needs and priorities would in achieving the overall success of America.

Since March 23, 2010, The Obama-Biden administration made “the affordable healthcare act” into a reality that helps people as they can utilize insurance of a company without being denied even when they have a pre-existing condition and much more. For the future, Joe Biden’s Plan includes –

Joe Biden’s plan to reduce cybercrime is reasonable as he believes in a better information campaign instead of counter-attacking Russia by forming allies with Europe. Also, Meanwhile, he thinks the government should be pressuring tech companies to transform their practices around privacy, inspection, and hate speech.

Joe Biden wants to reform the issue of criminal Justice by pushing Equality, Equity, and Justice in the same stream. This way, he claims that America will have a stable and unbiased Criminal justice system that would help America grow, prosper, and earn reputation worldwide.

Joe Biden has offered a plan which supports the teacher’s need that they deserve. He wants to invest in all children from birth so that regardless of their zip code, parents’ income, race, or disability, they are prepared to succeed in tomorrow’s economy.

Joe Biden was among few Democrats who have been accused by Julian Castro, the leader of the decriminalization faction section. Julian Castro stated that Biden and other Democrats were “taking the bait” on Republican talking points.

Biden understands and has highlighted the healthcare needs of the veteran, especially post-traumatic stress disorder. He argues that economic conditions play a fundamental role in global stability. He makes strong points on how courageous the US military men are, as they serve their country when it needs them to. They are away from their families, and lastly, providing the necessary support is not a topic to be debated. His policies include:

Joe Biden’s gun plans will have the most significant change into America’s gun laws in more than two decades as it’ll involve background checks and an assault weapon ban for a safer America. Biden’s campaign said,” it is within our grasp to end our gun violence epidemic and respect the Second Amendment, which is limited. As president, Biden will pursue constitutional, common-sense gun safety policy.” More steps to overcome gun violence by Biden are:

Joe Biden has laid out his foreign policy vision for America to restore dignified leadership at home and respectful leadership on the world stage. He argues that policies at home and abroad are deeply connected.

Joe Biden is ready to fight through criticism of opponents over his role in passing policies that are mandated for the betterment of America in the long run. He prefers to practice what he preaches by putting self-imposed limits on how they raise money for election bids. Biden’s Electoral reform plan include:

Biden has said that the States should decide on legalization. He also added that he supports only medical marijuana. Many have accused him of referring to marijuana as a “Gateway drug.” However, it has been proven that his words were “some say that it is” as part of the debate whether or not it is a gateway drug that could lead to more harmful substances.

Biden is concerned about our planet’s conservation just like everyone else and agrees that we need to take drastic action to address the climate change emergency. He has stated multiple times that there is no greater challenge our country and our world are facing as it affects not only the environment and health but also economic well-being and national security up to a concerning level.

Joe Biden says President Trump’s tariffs on China have only hurt American consumers. He still stands firm on his opinion to stay tough on Beijing to counter intellectual property theft and trade abuses. He has supported efforts to combat the problem of plants and animals being brought to the US without proper channels, which ultimately leads to alteration and invasion of non-native species of plants and animals. His plans will help to uplift many farmers as they’ve recently experienced a drop in income because commodity prices have gone down.

As he was born to an Irish-Catholic family, Joe Biden briefly considered becoming a priest when he was a young student. However, his interest in politics was stronger, and he wanted to be a politician when he was in high school. Biden appointed the first White House Advisor on Violence Against Women to prevent gender-based violence. Even after leaving the White House, he has been actively involved in campaigns to prevent sexual assault.

Joe Biden wants to see higher taxes only on the wealthier population of the country, especially those who obtain their income from stock ownership and other investments. He believes that new tax policies are needed to make the market right during historical periods of economic inequality. He practices what he preaches, and he has been transparent by releasing his tax returns along with his wife, Jill. To make America’s economy right again: